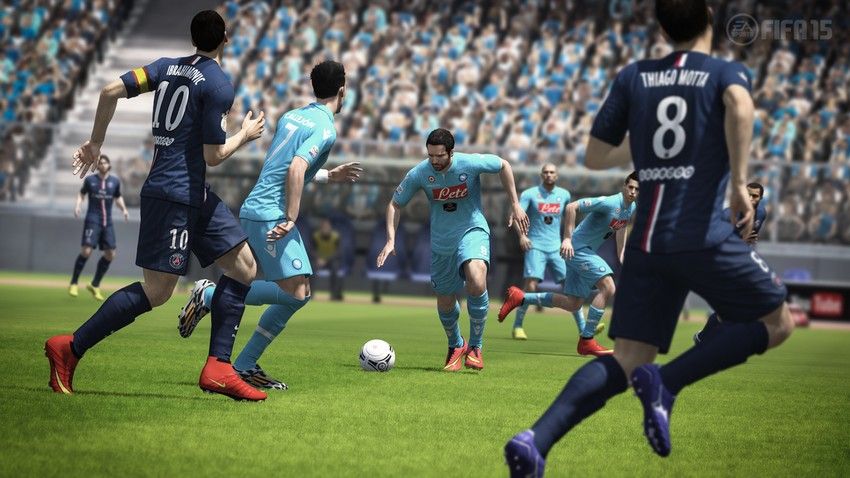 All we know,using the Jockeying feature whilst defending on FIFA 15 is one of the most underused and successful ways of winning the ball back for your team on the game. Here we go through all the details and tips on how you can implement this into your game-plan and become a better tactician and tackler in your final third.I suppose these tips are more useful than simply get cheap FIFA 15 coins,isn’t it? Then,just get it!

Why Use Jockeying In Defence?

Many gamers will ask why people use this function when defending their goal and what exactly can it do to help me leak less goals at the back. Well if you use jockey which is the L2 (PlayStation) or LB (Xbox) button held in on either controller then this will perform the jockeying stance. You’ll be able to place your defender in a side-wards position which in-turn will give him an advantage when skill players try skill moves to try and get past you on the wings or in central areas of the field.

This tactical ploy is used by all of the top teams in Europe and is coached to the best defenders in the world from a very young age by coaches and staff. Usually whilst young defenders are making their name in their respected youth academy of their club. Whilst in the side-on position, you will be able to show wingers down the line whilst still keeping up with them, but also when they try and cut inside into the middle you will also be able to keep up with play.

Our Jockeying Tips To Win The Ball

One of the most important aspects that you’ve got to remember is this year EA Sports have implemented the new feature of running jockey. This means that you can hold down the sprint button whilst holding down the jockey button so that you can run whilst jockeying and stay even closer to your opposition attacker. You need to make sure to not overuse this feature as it’s best to do when wingers are running down the line.

One of the most impact based features of jockeying is that you increase your chance of deflecting or blocking the ball. Whether it’ll be a cross to your goal or a shot on goal, getting these vital blocks in can be match-winners in their own right. So showing a deadly winger down the line and then blocking his way to goal with a firm block will stop the cross and danger from coming into your penalty box which is ultimately what you want to achieve.

Getting the precise timing right with your tackles whilst using this method is most probably one of the hardest things to do in FIFA 15. fear not though, as you can watch our video tutorial and that’ll give you a fair idea of when and when not to lunge in for a tackle. Mistiming them can result in the opposing attacker leaving your defender for dead and creating a goal-scoring opportunity.

It’s best to perform the jockey movement in the latter stages of a match as the opposition is getting very tired and that’s when you’ll be able to not only put in more challenges but also win the ball back more successfully more often. If you would like to do it right from the kick-off then one of the best techniques you can use is jockeying then immediately letting go of the jockey button and then immediately pressing the sprint button which will give your defender a sudden burst of pace and lunge in for the tackle. nine times out of ten he’ll end up winning the ball back with this handy technique as well.