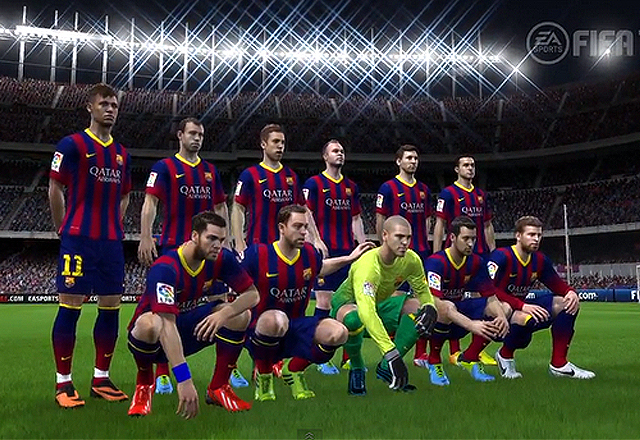 Now January 2015 is here,You can already see that the crash has begun, because a lot of players are falling in price every single day. The Ultimate Team game mode is the most in demand and hottest mode in Fifa.With the seemingly harsh but fair restrictions put up by EA to combat coin sellers, trading will become even more vital if you want a reasonable looking fifa 15 coins balance during market crash. So here are some tricks that will boost your chance of achieving some serious coinage.

Player price
Players in Fifa 15 UT will be cheaper, because there are no more of the MMOGA, 5% off, link in the description shit to completely muck up the market.There are many ways you can make profits from this.

One popular method is to get hold of a couple of high rated players and sell them on for good profit. Of course, this means you have to either open packs or buy coins and receive the one warning. This method will guarantee profit, but you must be prepared to splash some cash or of course be a lucky little fuck.

The second popular method is to buy players based on performance. This method is quite risky but chances of profit are high. This is based upon real life, so basically if a well known or high rated player performs well in the Champions League or other, their prices will go up for a short while before returning to normal. So to make profit, if you think a certain player will perform well then buy a few of those cards and wait till their price goes u. But make sure you sell them quick, because their price will drop quickly.

Market Crash
The market crash is when there is basically a giant shit storm created in the transfer market. This is mainly due to things like the influx in pack opening during the TOTS and TOTY card period and due to the high amount of cards on the market the prices of all cards drop massively. This the ultimate place in which you can start earning some serious money. There are a few methods that you can use.

The first method is to buy many cards. This seems quite useless in theory but the thing is, once the market stabilises and player prices go back up again you can sell all the cards that you bought on the cheap and watch as the money rolls in. This method is of course called mass bidding, but not many people use it during the TOTY, TOTS period. Sometimes when the market crash is at its peak you can often find rare gold players selling for 200 coins meaning to make profit all you have to do is buy the player and discard them. But the problem with this is that auto buyers will instantly snap-up these deals.

One of the best ways to trade is to trade informs during the TOTS period. In-forms at this time are not given much attention and often they sell on the cheap. So if you want to make large profits all you have to do is buy In-forms who have converted positions, expensive chemistry styles or are in a popular league and sell them on for more. Or just buy TOTS while they flood the market and then sell them later for ridiculous amount of money.

If you have a healthy amount of fifa 15 coins, I strongly suggest you do silver in-forms trading. This will give a great deal of money if you invest smart. To invest smart, always invest in players that are in a good league preferably English or in English league. They must also have a high rating or a big stand out stat like pace, dribbling or shot. Finally they must be rare on the market so that selling them is not a problem.